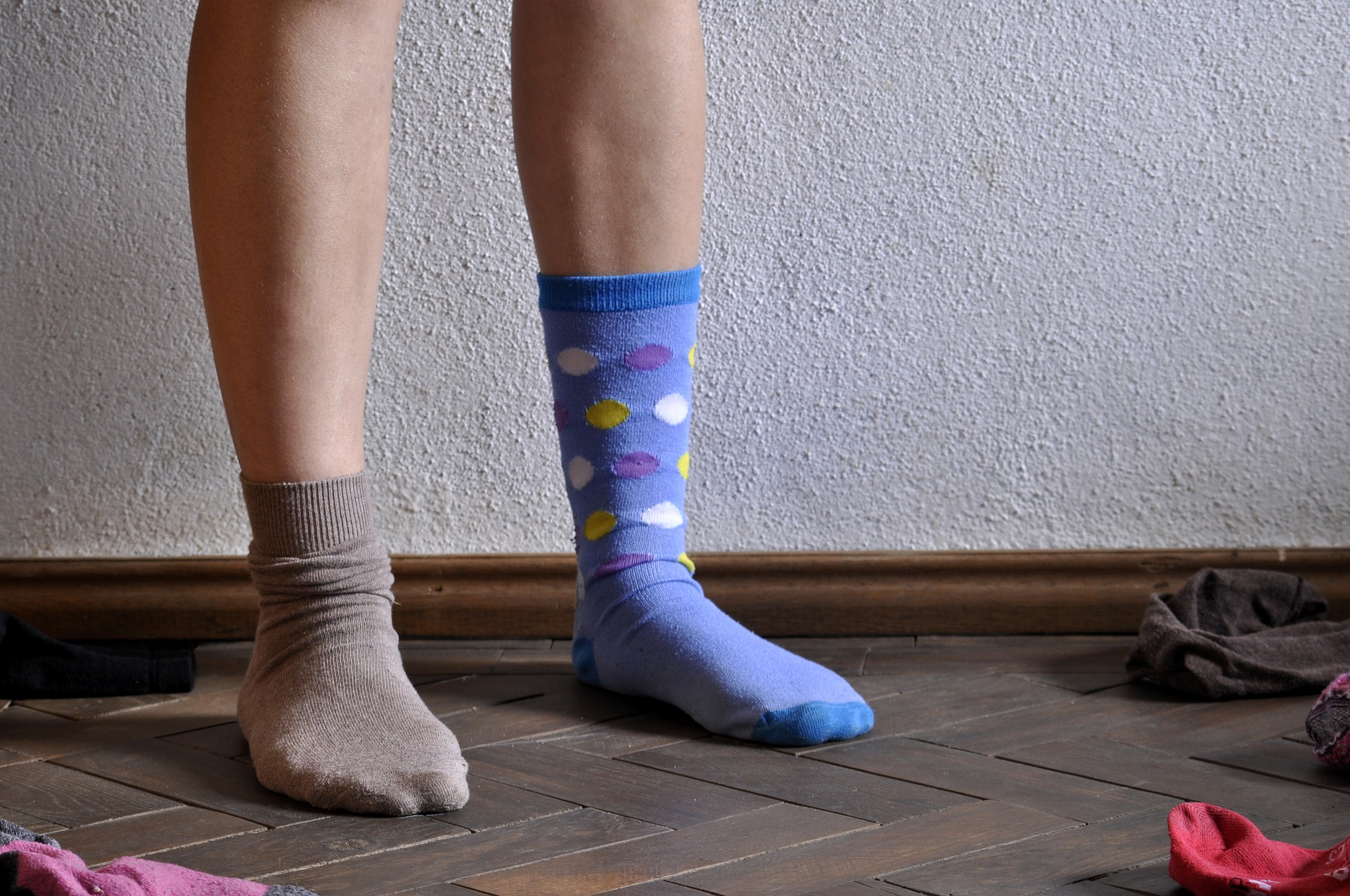 Lessons from Greensill’s insolvency: Nothing to do with Supply Chain Finance

As Greensill Capital, a UK based SCF company, filed for insolvency early this month, the analysis of ‘what’s wrong with the financial system’, started filling the pages. FI failures make for an interesting read and I assume someone may already be writing a thriller.

However, some threads seem to put question marks on Supply Chain Finance (SCF) models. This may be trivialising the issue.

Greensill, ran an invoice financing business in UK and owned a bank in Germany. The company’s SCF business was ostensibly built on ‘Reverse Factoring’ (RF) arrangements.

RF is a standard financing product and helps small suppliers get better access to working capital. These suppliers get payment upon submission of invoice, while the onus (or recourse) of payment on invoice due date lies on the buyer (typically a large corporate).

Since credit risk is assessed on a well rated corporate, suppliers get access to better rates and unsecured facilities. The loan period is short, ranging from 30-120 days, in line with normal trade credit cycle and using digital platforms, disbursements can be done in almost real time. For the buyers this helps in supplier stickiness. In short, it’s a win-win.

To fund the business, Greensill relied on securitisation deals like the $10Bn securitisation fund of Credit Suisse. The withdrawal of this facility, triggered by the non-renewal of credit insurance by Tokio Marine, led to Greensill filing for insolvency.

Before moving on, a small caveat. This article is not about judging Greensill or any other stakeholder. That’s for the regulators and journalists. (German regulators have already taken over the banking operations and Grant Thornton has been appointed as administrator in UK).

Our aim as practitioners is to discern, learn and share lessons.

So, what went wrong?

Key issues around Greensill case are the boring basics that banking and finance practitioners learn in their early years. It has little to do with it being a Supply Chain financier. A deeper look reveals Greensill worked more like a portfolio investor conduit and securitisation mediator.

Even before the UK arm filed for insolvency, BaFin (German Regulator) advised Greensill’s Bank in Germany to reduce exposure to metals and energy group GFG Alliance and its related entities. Some reports estimate this exposure to be €3.5 Bn, amounting to almost 50% of its balance sheet.

Considering the promoters of GFG were at one time shareholders of Greensill, the routine checklist of arm’s length dealing, and objective credit prudence may not have been ticked. Reports allege there were many transactions on either side of financing, with both supplier and buyer being GFG related entities.

Much of the lending seems to be long term, albeit some seem to be secured too. However, news of GFG financial challenges after Greensill’s downfall, indicates a very high interdependence between the two.

2. Creative deal making at the cost of prudence

Creativity is a good thing. But Banking and Finance isn’t music and arts. In credit risk, boring basics and routine checks generally hold FIs in good stead over the long run. It appears Greensill’s ambitions led to a more creative and adventurous path.

As per a WSJ article, company’s creative proposals included use of SCF structure to fund multibillion dollar submarine for UK government, which was essentially a project finance use case. Another proposal was to fund upgrade of hotel and infrastructure facilities in Mecca backed by long term cash flow generated from Hajj. Many of these did not materialise.

But some others, known (and unknowns) did. Like the $170 Mn long term funding of Tradeshift Network, a startup supply chain service provider, where default conditions seemingly included transfer of ownership to Greensill. A similar deal was reported for a construction startup Katerra.

Deeper look indicates a business model that digressed way beyond SCF to cutting large deals, long term financing and packaging and securitising lending portfolios. Greensill essentially became a big deal securitisation mediator. There is nothing wrong in it but is still a far cry from a stable, granular and organic SCF business that one may assume. As a Greensill document notes

‘Greensill buys hundreds of thousands of invoices, or trade receivables, from companies of all sizes and packages them into short-term, corporate IPU-backed bonds that are then sold to investors. Greensill has become one of the most prolific bond issuers in the world, issuing about 47 bonds every business day of the year’

3. What goes around comes around. Circular funding.

Nah! We aren’t talking about karma. Its about money.

Seems there were arrangements where parties related to Greensill funders and investors were in turn funded through Greensill’s facilities. What we all know as circular funding.

Company funded startups. Normally, this wouldnt pass a standard credit risk assessment test as these wouldn’t be rated or worse still, may be loss making. Some of the startups were portfolio investors in the securitised deals. In some cases, the lenders, investors and borrowers were becoming same.

While large financing deals are essential, circular funding arrangements aren’t. What likely went wrong was giving in to the temptation of easy capital through some quid pro quo arrangements.

Greensill pitched itself as a new age ‘Fintech’ that was using technology to upend conventional business of larger banks.
To prevent insolvency, Greensill was in talks with Athene Holding and an amount of $60Mn was under consideration for Greensill’s IP and IT. But was there any real IP?

Seems, not much! A Bloomberg report reveals the inner workings

“Rather than risk being assessed through proprietary tech innovations, much of the work was done on spreadsheets or other basic program”

The recent happenings further corroborate this. Taulia, a key technology partner of Greensill, recently got a consortium funding of $6 Bn. This will be used to continue funding some of Greensill’s clients. Indicates there isn’t much of that IP or IT that binds the customers to the past that someone would be interested to buy out.

In short, there seemed little technology within Greensill itself and this realisation reportedly led to deal with Athene Holding falling out.

i. Exposure is based on well rated corporates

iii. Facilities are for a real transaction with clear sight of the flows.

It’s reasonable for investors to consider such securitised portfolios as sensible diversifications. But Greensill’s case may have been different. Many securities seemed to be backed by exposure to startups, unrated companies, investor related entities and high concentration of GFG Alliance companies. Greensill’s problems with the insurer seems to be around disclosures and reporting.

GAM, a Swiss asset management firm, had earlier decided to close $845 Mn fund owning to such negative news. As per Credit Suisse’s own assessment, much of its $10 Bn fund that supported Greensill, has concerns on accurate valuation of assets.

Only further investigations by regulators can reveal whether these were granular, diversified and properly assessed SCF portfolios, with adequate disclosures, or if company and investors lost their way.

All financial institutions look for avenues of growth in the highly competitive space. However, where ignoring basics of credit will lead us to, is well known.

The details of what went wrong with Greensill, will be filling the pages in coming weeks. At times it becomes difficult to separate facts from fiction.

While you can call it the fall out of adrenalin pumping deal making. But don’t mistake it for routine Supply Chain Finance. Not even boring banking.

Promoters in Indian Banks- A quick look at Guidelines, Data and twists!