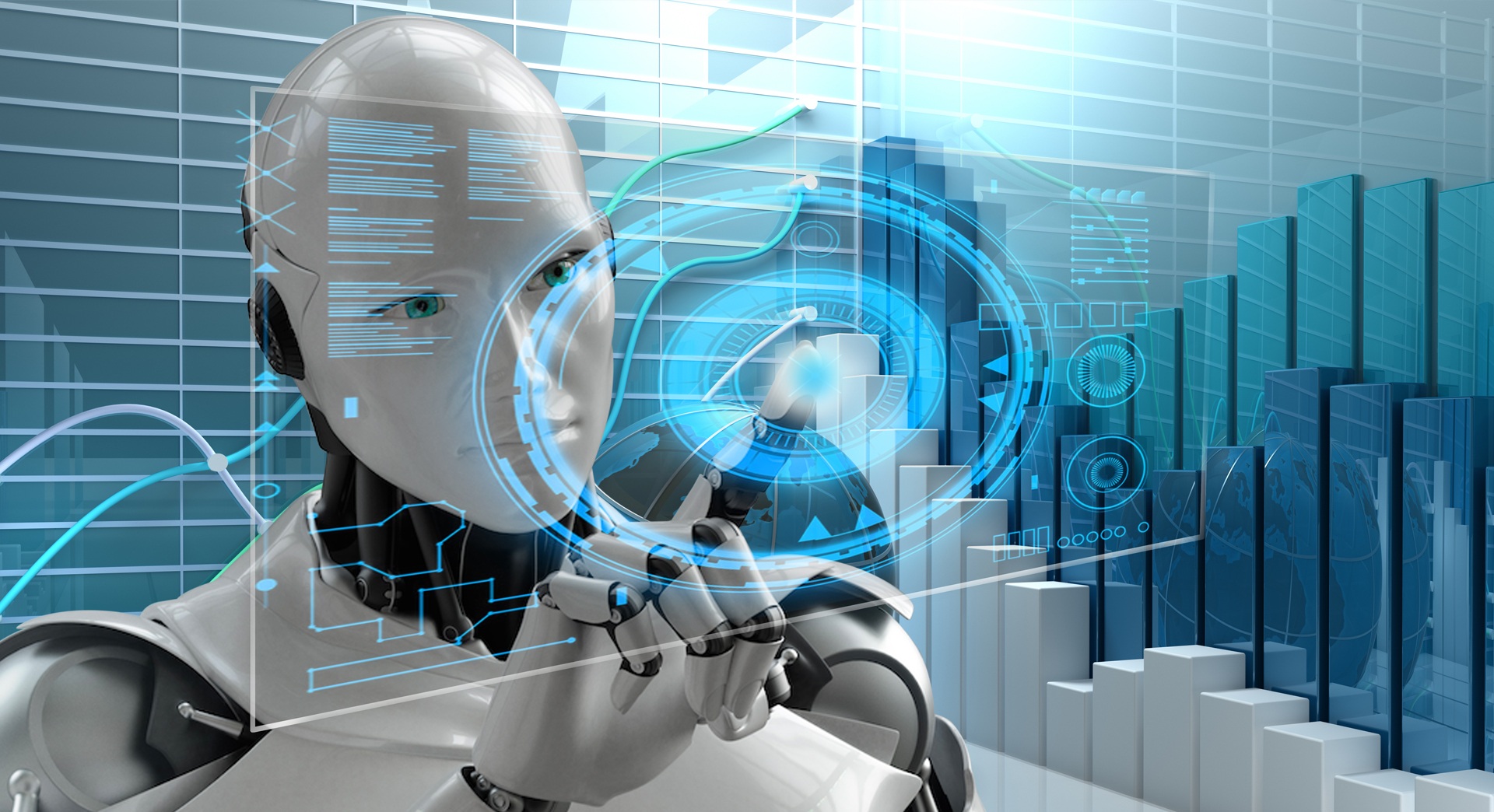 How Artificial Intelligence will transform Banking

As Adam wakes up on Monday morning, he knows today is a special day. Adam has been training for this for 2 months now. He finally has access to Subbu’s account and within no time would make transfers before Subbu even realises.

An hour later while Subbu is on his way to office in a driverless Tesla, listening to old Daft Punk classics, his Apple watch beeps. He scrolls through each notification and realises that Adam has already done transfers worth ₹600,000 from his account. But Subbu isn’t worried. He is relieved.

Adam, his Personal Assistant bot, finished the mandated training of 60 days just yesterday and can now make bank transactions on his behalf – initiate remittances and investments on his behalf, make his bills and card payments and book tickets and hotels for the next family trip to Australia.

Times, they are changing. Again.

The scenario in 2030 may seem like fiction but the speed at which Artificial Intelligence (AI)is evolving, this may be a very simple use case. If you are paranoid about AI taking over the world, like Skynet in Terminator, a report by Stanford University titled ‘Artificial Intelligence and Life in 2030’ allays some fears.

“Unlike in the movies, there is no race of superhuman robots on the horizon or probably even possible. And while the potential to abuse AI technologies must be acknowledged and addressed, their greater potential is, among other things, to make driving safer, help children learn, and extend and enhance people’s lives.”

AI technology may still be some distance from reaching such level of ‘consciousness’ to undertake large scale ‘manipulation’ of taking over the world. But that doesn’t mean AI comes as a clean package.

Let’s get over with the bad news first

Banks generate and consume large amount of data. AI relishes data. While AI may not make us slaves, one problem is imminent.

1. Repetitive jobs in back office operations like screening standardised forms and processing routine transactions would be automated.

2. Contact centres and IVRs would no longer be dumb and you needn’t have to wait for a human John or Arvind to answer. John and Arvind would need to look for a new job.

3. Analysis of parameterised retail products like credit cards (in whatever form) and small ticket loans, are low hanging fruits for automation. Analyst jobs, Risk and Credit Middle offices may all be automated and the lone human supervisor handling these functions may be more techie than a bankie!

4. And Branch staff. What branch??

Job loss is inevitable in banking and many other sectors. Another risk of AI, often articulated, is centralisation of power. Stephan Hawking and Elon Musk have been vocal about responsible use of AI. Would those who have access and control of AI, become czars of the new world order? If not already worrying about it, Government think tanks should start mulling over the socio-economic impact of AI, in not so distant future. But these dark clouds may have some silver linings.

And the Good news…

Despite the apprehensions, AI is still a powerful tool to solve long-standing problems of humanity. It can improve access to medicine and diagnostic tools for the remotest parts of the world. Self-Driving cars can help prevent thousands of accidental deaths. And yes, it can simplify banking- relieve the pain of redundant forms, cumbersome documents and slow processes and even manage investment portfolios. It can help banks be nimble, still offer wider range of services and at the fraction of a present cost.

All this culminates into efficient systems, better compliance, improved profitability and happier customers.AI may just be the golden ticket for the ‘Guilty Banker’ to redeem himself and bring ‘trust’ back in banking.

Here are some use-cases where AI is or will soon, transform banking.

With the improvement in Natural Language processing capability, it would be possible to have meaningful and complex conversations with the Chatbots (computer programs which can interact in natural language with humans).

RBS has been experimenting with Luvo, its personal customer service assistant and DBS has launched its Digibank in India, supported by a 24 x7 digital assistant based on AI bot Kai byKasisto. There are others like IPsoft’s Amelia, which the company claims can “emulate human intelligence making her capable of completely natural interaction with people”, implying it would understand if you are angry on in a tearing hurry and respond accordingly.

Chatbotsare available 24×7, in any language and can drastically reduce the cost of customer service infrastructure.

Apps like Microsoft Translator can translate between any two language and once they reach a level of finesse for real time spoken translation, can obviate the need to hire multilingual or resources with specific language skills. Banks may well hire all German speaking executives to handle Japanese customers! By extension, expert knowledge would not be bound by the language barrier and banks may access and offer expert advisory from any corner of the globe.

Improvement in Speech recognition and Reinforced learning can potentially change our interactions at bank branches. Empowered with conversational ability, Humanoid Robots would become mainstream and be able to go beyond saying ‘Namaste’.

With commoditisation of routine services like Payments, banks’ relationship with customers has become purely transactional in nature. The myopic view on profitability has led banks to restrict their advisory services, for whatever it’s worth, to large ticket or HNI portfolios. For most people, the only advisory they ever got from banks is the push to buy third party products like insurance, while ignoring core products or services. It’s surprising that banks couldn’t offer as basic a service as expense management which Intuit’s Mint (and many others) now provide.

Now, with Robo-Advisors (an algorithm based online wealth management service) like Wealthfront and Betterment, the wealth and portfolio management services are becoming accessible, cost effective and democratised. Your investments may soon be managed by an AI Advisor, giving you flexibility and real time inputs minus the bias of wealth managers who push products to achieve their targets. And all this at a much lesser cost. While the current Robo-Advisor models are hybrid, requiring significant human intervention at backend, these are evolving very quickly to become fully automated.

With analytical tools evolving from statistical or rule-based models to cognitive learning, it is getting easier to automate parameterised or score based products like retail loans and credit cards. AI empowered systems would soon handle next level deviations in the parameters and approvals for small ticket lending may become a matter of seconds instead of days. These bank products are a low hanging fruits for AI implementation.

On the other hand, large ticket lending to Corporates or Small and Medium businesses requires a detailed analysis. The assessing credit officer uses his/her judgement to decipher complex deviation scenarios. For eg. if the financials show a decreasing trend in Tangible Net worth, the officer relates this to other factors like reduced cash profits, diversion of funds, high capex or abnormal increase in current assets. He evaluates these multiple scenarios simultaneously, meets up with the customer and corroborates with other available parameters like Current ratio performance, internal and external ratings and management’s ability to infuse capital, before arriving at the decision. The key skill of the Credit officer lies in determining the materiality of each parameter, going beyond simple correlation and deciding on a more likely future scenario (aka projections).

The banks would call this ‘touch and feel’ of the large ticket credit. This approach is however fraught with miss-outs, inconsistency and unpredictability.

Such ability to handle complexity was demonstrated by AlphaGo, a Google owned AI software, where deep neural networks and machine learning were used to decipher zillions of permutations and defeat a human champion in a complex Chinese game ‘Go’.

While it is still short of building the ‘intuitive’ judgement, it’s only a question of time before it reaches there

Currently banks rely on AML tools like Thomson Reuters World Check and Factiva, which are primarily database checks to identify matches. There are other products which monitor large number of transactions and quickly identify anomalies, but most of these are rule based and still evolving. The further development in text analytics would make the unstructured data, spread across the web, being converted to usable information.

One use case which I believe can help AML initiative is building a common pool of learnings of banks across the globe. Imagine a scenario where it is possible to find out total remittances made by a person, across banks to a sanction country like Syria. At present no bank would share an account level information with others, considering the data security and competitive considerations. But with Homomorphic encryption it may be possible to build tools to share data in encrypted form and perform functions without the need to decrypt the data. In simpler language, it means it is possible for banks to share the data without revealing what that data contains and it would still be possible for the user or authorities to use the data for required checks.

Banks operate in a increasingly dynamic regulatory environment. The constant fear of being on wrong side of the law is one reason why bankers have become over-prudent and avoid taking even logical calls. There is a whole ocean of circulars, statutes, laws and guidance that a bank and its customers need to be navigate. It’s even more relevant in a developing economy like India where both complexity of transactions and regulator’s response are evolving.

In my career as a banker, there have been numerous occasions where customers seek clarity on FDI (Foreign Direct Investment)or ODI (Overseas Direct Investment) norms, requiring approval, condonation or clarity from RBI (Reserve Bank of India). The moment such a grey area is encountered, the transactions are put on hold till the time regulators respond.

But AI would catch up in these complex use-cases as well. Ross Intelligence is an AI augmented legal advisor that makes it easy to search through legal literature. It is built using IBM Watson and can answer legal queries. Scanning banking laws and regulations may just be a simpler use for Ross.

Hile AI is growing fast, the development is not linear or predictable. It may be difficult to pinpoint which scenarios would unfold first and to what extent– would it be chatbots becoming more human-like to make call centres redundant or Robo-advisors taking over the money management or Middle offices becoming automated or credit decisions becoming real time. Some complex use cases like corporate debt, large ticket lending, investment banking, stressed asset management may have some lead time, but it may be sooner than later before AI catches up.In fact, it already is. Investment bankers may want to see how Numerai, a crowdsourced Hedge Fund model is being built to have better predictions on asset returns or Alpha Sense, a search engine optimised for financial search can bring company information quickly.

We are very near an AI inflexion point and the effects are not limited to banking. It can potentially disrupt the way we live lives.

Banks cannot remain mute spectators or have a piecemeal approach to this. They need to have a full-fledged team working on AI with large scale investments. Its time they have robots on their side.