Gold at the Bottom of the Pyramid

“A box without hinges, key or lid, yet golden treasure inside is hid.” – JRR Tolkein

The story of ‘Fortune at Bottom of the Pyramid’(BOP)was told by Late C K Prahalad and Stuart Hart way back in 2002 in which they articulated the wrong assumptions that large corporations make about BOP. Our institutions have in the past applied similar assumptions to the financial inclusion and found it to be tricky. The first challenge washigh granularity and cost of last mile delivery. The second was the lack of awareness which made it difficult to engage customers through the mainstream products.

With close to 1 Lakh Scheduled CommercialBank (SCBs) branchesand 1.5 lakhs plus Post Offices in India, it would be reasonable to expect financial inclusion forlarge parts of the population. Sadly,thatwasn’t the case and the initiative moved at snail’s pace for decades.Both intent and ability were missing.

Banks continued to follow traditional methods of distribution and found the delivery daunting. They preferred easy large ticket lending instead. The straitjacket approach on documentation and credit meant that unorganized segment never fitted the banker’s requirements. The inclusion of last man in the pyramid- that vegetable vendor or the village tailor or the cycle repair mechanic, never happened. It was even worse for women run enterprises – utensil sellers, fish vendors et al.

Post Office network couldn’t be leveraged due to inefficiency and ostensible technicalities. The policy and regulatory push was relegated to the RBI’s Master Circular on Priority Sector Lending (PSL) and some wish-list notifications on collateral-free loans and financial inclusion.

2010 was the peak for Micro Finance Institutions (MFI) when SKS Microfinance got listed. Things went downhill from there.The legislative changes, beginning from Andhra Pradesh, put SKS and the microfinance industry in a quagmire of regulatory compliance and high loan defaults.It seemed ‘The End’ of this financial inclusion initiative too.

While there were sporadic efforts to encourage lending to weaker sections, Agriculture and Micro &Small enterprises, the Regulators seemed helpless in front of the convincing alibi of the financiers.

But my lament is possibly past tense already.

Six years since the SKS fiasco, the tide seems to have turned. The success of Ujjivan Financial Services and Equitas IPOs in 2016, tells a great turnaround story. The MFIs are better regulated, have improved business models and better risk spreads. Banks have invested in growing the network, Policy support was never better and access to new technology tools a shot in the arm. But this turnaround shouldn’t surprise. With such a large market potential to be tapped at grassroots, it was never a question of ‘whether’ but ‘how’ and ‘when’’.All we needed was the correct route map andrightdigging tools, which in this case meant overcoming the operational challenges and some change in mindset.

It’s possible that you find my optimism on grassroot banking and financial inclusion a little before time. So, celebrations may wait. But there are four key trends that have changed the plot from aslow, boring drama toa fast paced, Indiana Jones like thriller.

According to a recent PWC India report, India’s unbanked population has more than halved from 557 Million in 2011 to 233 Million in 2015.  The Jan Dhan Yojana provided the required impetus by ensuring traditional banks go that extra mileto include more people in the network.With Direct Benefit Transfer, Insurance and Pension schemes getting linked to this, there is a whole ecosystem that incentivises the last man down the pyramid to join the formal banking mainstream.

‘Digital India’ aims to provide platform for documentary digitization and services. Add ‘Aadhar’ to this and you have a key solution to the pet crib of the bankers – KYC! As ‘Aadhar’ gets integrated with the financial system, we would move towards a Social Security Id based verification like in Singapore or other developed countries.  The BHIM App is another step, taking UPI (Unified Payment Interface) to the masses

While the government initiativesonJAM (Jan Dhan, Aadhar and Mobile) have created the required pull, the recent demonetisation is the biggestpushfor people to join the mainstream.

2. MFIs have laid the ground

Today there are more than 250 MFIsincluding those registered as NBFC-MFIs with RBI. They reach an estimated 38-40 Mn customers and are growing at a brisk pace. The real impetus to the MFIs has been the below changes brought by RBI in last 4-5 years

The MFIs in India follow the Grameen Bank model, with 99% of the borrowers being women through Self Help Groups (SHGs) and ticket sizes ranging from 10-25 K. The lending is not limited to rural areas. Infact the larger ones like the Janalakshmi andUjjivan have diversified portfolios with increased focus on urban poor.

There still aresignificant challenges to be overcome. Digital penetration and perceived complexity by the end customer has restricted MFIs’ ability to aggressively use technology to scale up faster. Their models arehigh touch based, requiring frequent face-to-face customer interactions. While thishelps mitigate the shortfalls in credit-risk assessment through a deeper, real time understanding of the customer, it also meanshigher cost of operations, risk of frauds (since the field agents handle cash) and challenges in scalability.

There are silver linings- increasing mobile phone usage, improvingdata connectivity, government’s digital pushand availability of Biometric tools, would help overcome the barrier. It’s only a question of time before the comfort on technology cascades and new distribution models evolve.

In the last five years,Private Banks have expanded their network aggressively. HDFC Bank has grown from around 1500+ branches in 2010 to 4200+ today and many of these branches have come up in Tier 3, Taluka and below level towns. It’s similar story for other large private banks like ICICI and Axis. Major SCBs have additionally been using the Business Correspondent (BC) model to reach deeper into the hinterland.  Now with the 10 Small Finance Banks (SFB) and 8 Payment banks coming up, thechallenge of last mile distribution may soon be history.

It may be a good idea toencourage SCBs and upcoming SFBs to have the Correspondent Bankingarrangement to optimally use this growing digital and physical network.With 1.5 Lakh plus brick and mortar offices, India Post Payment Bank could be another game changer.

Wider customer base and deeper financial inclusion is the only way these investments in branch networkcan become commercially viable. What was only a social need is now a necessary business imperative to ensure the branches break-even and turn profitable.

4. Startups and Fintech: The future

Just like MFIs, the Fintech ventures in payments space are already moving mainstream to become Paymentsbanks. P2P lending and Crowd funding startups are waiting for regulatory framework to evolve. When the dust has settled, we may be lookingat new kind ofstructures, enabled with Analytics, Robo advisors, Blockchain, NFC and Virtual branches.

It’s still early days in India but US and UK based fintechs like Kabbage, Stripe and Sofi are the inspirations. Closer home,Lendingkart, CapitalFloat and others arebuilding their models on back of corporate supply chain linked funding for SMEs, targeting the highly competitive spacein the Middle of the pyramid. The real deal may be deeper down, at the Bottom of the Pyramid, where the likes of Rang De, MicroGraam and Milaap are working.

Instead of taking the universal banks head-on, in a crowded segment like SME, the smarter startups would do good to focus on Micro and BOP space where there is enough space for everyone and rules are still being written.

Everyone gets the gold!

The BOP is spread wide and the story is still evolving. But there is no denying that treasure is real. The government policy and RBI intervention is creating the ecosystem, MFIs are honing the business model that’s stable and profitable, the SCBs are going down deeper to offer wider product suitesand the Startups will bring disruption to overcome the operational challenges of reach, credit evaluation and high touch based systems.

We are witnessing an amazing confluence of structures,policy support and technology that’s rewriting the rules of the game.

The best part – it’s a huge treasure and everyone returns home with gold.

Currently banks rely on AML tools likeThomson Reuters’World Check and Factiva, which are primarilydatabase checks to identify matches.There are other products which monitor large number of transactions andquickly identify anomalies, but most of these are rule based and still evolving. The further development in text analytics would make the unstructured data, spread across the web, being converted to usable information.

One use case which I believe can help AML initiative isbuilding a common pool of learnings of banks across the globe. Imagine a scenario where it is possible to find out total remittances made by a person, across banks to a sanction country like Syria.At present no bank would share an account level information with others, considering the data security and competitive considerations. But withHomomorphic encryptionit may be possible to build tools to share data in encrypted form and perform functionswithout the need to decrypt the data. In simpler language, it means it is possible for banks to share the data without revealing what that data contains and it would still be possible for the user or authorities to use the data for required checks. 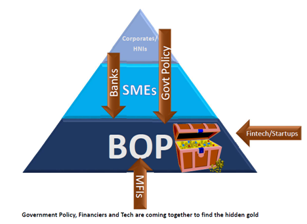 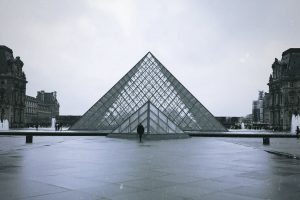 What Banking is Not Product Mindset

What Banking is Not Cross Selling