Imagine being at a famouspizza outlet. You are hungry and all you wish for is a good pizza, with all rich toppings except mushrooms (as you are allergic to it). Decoding the menu, with exotic names and preparation methods, is tougher than you thought. You seek help. The waiter gladly recommends their newly launched layered-pizzaand assures of customising it to your preference. He requests you to fill a simple form, to help them know your preferences better.
It’s a long wait. You remind the waiter, who in turn checks with the kitchen and informs it is almost ready. The ‘almost’ seems never-ending. You are edgy and about to snap but the sight of pizza arriving towards your table brings the relief.Finally, your 40-minute wait is over!
But the relief is short-lived. As you hungrily grab the first slice,large mushroom chunks reveal themselves, hidden under the layers of cheese!
You are furious and call the waiter. He checks with the kitchen and explains that while the toppings can be customised, the ‘insidings’ cannot be changed. He is apologetic.You persist. He is polite buthelpless and advises you to contact the central kitchen directly. He even sharesthe toll-free number and escalation matrix.
In your anguish you dial the number right there, only to be met with an IVR labyrinth- Press 1>>Press 2>>Press 1 again…..>>Finally 9. There is a pleasant voice at the other end but you soon realise it’s a recorded message. You are 30th in the queue,with wait-time of 10 minutes. Fur Elise plays in the backgroundto keep you entertained.
You are about to hang up when a pleasant voice greets you at the other end. It’s human, hopefully (in these times of Google Duplex, you can only hope)! She listens patiently but informs that as a policy ‘insidings’ cannot be customised and its clearly mentioned in the ‘form’ you submitted. You argue that there is no such word as ‘insidings’ but make no headway. She seems helpful and advises you to give a written request to the waiter and maybe they can take a call at the ‘local level’.
You leave the restaurantdistressed and hungry. The waiter does give you a sympathetic look, while the mushroom pizza stares at you. Beethoven, still ringing in your ears, never sounded so shrill.
Few days later, you get a call, informing you that your payment for pizza is pending. You explain the whole issue patiently. The caller understands and apologises.
Barely a couple of days have passed and you receive an early morning call,reminding you of the pending payment. You arelivid. Thecaller asks you to provide the copy of ‘dispute letter’ submitted to the restaurant, else the matter will be treated as ‘default’ and reported to the pizza bureau.
You roar ‘Go to hell’
‘Sir, You will never be served a pizza again, anywhere’!, says he, politely.
If you aren’t pulling your hair already, I infer you have a long experience in dealing with banks. I know, even the worst of restaurants do better than this.
Customisations, exclusions& inclusions to the menu are fairly common for service enterprises like a restaurants or even tailors. But Banks, unfortunately, seem to be stuck in a time warp of ‘Terms and Conditions’, with an unalterable ‘product feature’ list and complex ‘warranty’ terms!
It’s ironic that while the product companies, from automobiles to electronics, talked about customer experience, banks seeminglyregressed to 20th century product sales methodologies – ‘customer can have it painted any color, as long as it is black’.

Times, they are changing. Again.

The scenario in 2030 may seem like fiction but the speed at which Artificial Intelligence (AI)is evolving, this may be a very simple use case. If you are paranoid about AI taking over the world, like Skynet in Terminator, a report by Stanford Universitytitled ‘Artificial Intelligence and Life in 2030’ allays some fears.

“Unlike in the movies, there is no race of superhuman robots on the horizon or probably even possible. And while the potential to abuse AI technologies must be acknowledged and addressed, their greater potential is, among other things, to make driving safer, help children learn, and extend and enhance people’s lives.”

AI technology may still be some distance from reaching such level of ‘consciousness’ to undertake large scale ‘manipulation’ of taking over the world. But that doesn’t mean AI comes as a clean package.

Henry Ford’s belief of “as long as it is black’’ may have been apt for his time when mass production was the new-found business strategy. It was efficient to run large factories on standardised product configurations. Customisation meant higher downtime and increased costs.

Notefully, banking is much more nuanced and intangible than tailoring a suit. In mattersof money, foundations of relationship cannot be transactional alone.Just like taking measurements cannot be considered as tailoring, handling transaction is only about money movement. It would be erroneous to judgethe craftsmanship, unless its delivered, tailored to your fit.

Another interesting dimension to note is that In product selling, Sales and Service are separated. Every time your car gets an issue you don’t take it to the Car salesmen but to the Service Station. Unfortunately, banks seemed to have adopted similar model forBanking services. For most, Phone Banking seems to be the go-to service point while your RM seems helpless.

This product mindset is reflected in their measurement of success by “How many products sold?” instead of“How well are the customers serviced?”

The key role of a banker is money management and advisory. The classical definition of taking deposits and providing loans is their raison d’être. Handling transactions is only a knock-on effect.Offering transaction facilitation, in a standard pack with balance maintenance, isn’t banking. Not until a bank has understood and customised it to the requirements of the customer. Each customer. But in reality today, it’s the customer who is adjusting to Bank  products, processes, documentation, cut-off timings and branch hours.

It may be moot whether this standardisation improves efficiency but it does bring rigidity in both servicing and providing solutions.

While it is given that any large structure would need guidelines to stay course, the absolute neglect of customisation, absence of advisory to customers at large and absence of customercentricity are the bane of banking. With the technology available, how difficult it is to provide, say, truly custom accounts to the customer?

Does that mean banks shouldn’t pursue commercial objectives? They should, absolutely.However, the key differentiator in service industrycannot be a big shelf of OTC productsor a large FOS team. Especially so, if the whole relationship is based on building trust.It requires a service mindset- deeper customer understanding, endeavour to providebetter service fit and orientation to deliversolutions at the moment of truth.

In the long run, it’s the service mindset that willcreate winners. Its all the more relevant in times when routine standardisations are increasingly being handled aptly by new age technologies. As the world moves away from handling cash and payments become commoditised, it’s the service and advisory that will differentiate banks.

Even a ‘good’ bank may get it all wrong if it relies oncustomer appreciation for faster transaction processing instead of evaluating if customers are indeed getting right advicefrom its employees. Thepremise of buildingretail as well as commercial banking only on TAT and Product features is flawed. It should be built on bespoke offering and sound advisory that is easily accessible to smallest of customers and not only on fast cheque clearing!

Its time banks stopped behaving like an assembly line. And well, I haven’t even talked about cross-sell. 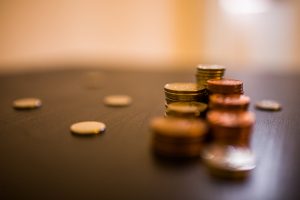 Gold at the Bottom of the Pyramid

What Banking is Not Cross Selling