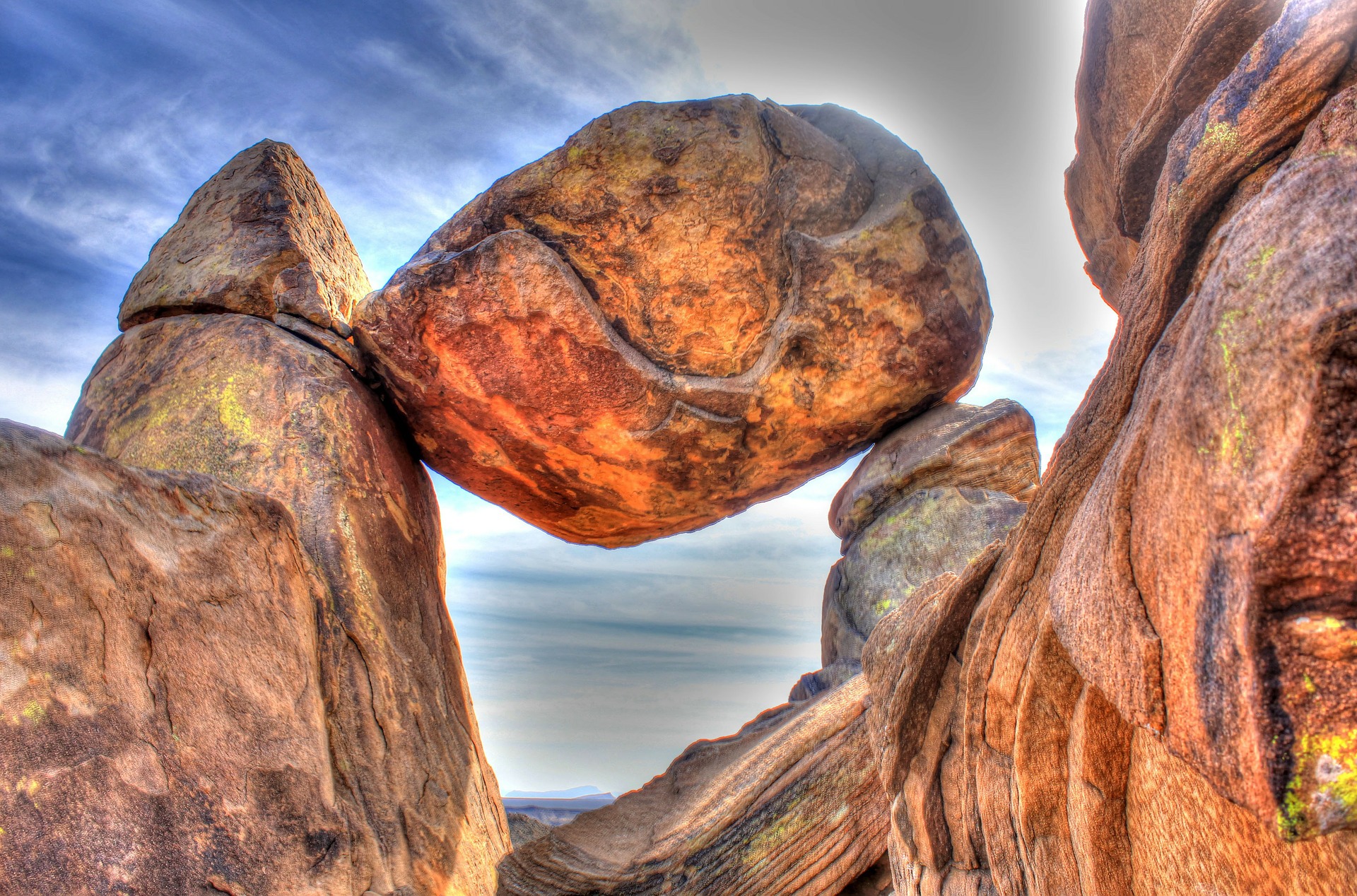 As COVID impact unfolds in 2021, the talk of banks’ stability is already in focus. The last crises in 2008 catalysed significant changes in banking regulation. Globally, BASEL norms were re-examined to improve management of both macro and idiosyncratic risks. One key area that took spotlight was the risk arising from Global-Systematically Important Banks (G-SIB) or more popularly referred as Too Big To Fail (TBTF).

Failure of a G-SIB amplifies the impact on world economy for two reasons. Firstly, banking services in many countries rely heavily on these banks. Interestingly some of these banks are bigger than the GDP of many countries. Secondly, failure of a large bank affects sentiments, leading to reduced consumer confidence in banks which may trigger a contagion effect.

Recognising the need to manage such impact, BASEL Committee on Banking Supervision, established norms to identify these banks. The process to build a monitoring and control mechanism started in 2009. It has undergone improvement since then with detailed methodology update and release in 2013-14.

A list of 75 large banks formed the starting sample for GSIB. To ensure inclusion of all systemically important banks within large domestic or regional markets, a cut off on leverage ratio exposure greater than EUR 200 billion was set.

Further, Domestic supervisors (where the bank is headquartered) were permitted to include/exclude banks in the list, if there are qualitative and quantitative justifications to do so.

At present, 30 banks are considered to be higher systemic risks and monitored closely. All such banks are required to submit financial and other information on set of 12 parameters.

From India SBI, is part of the sample but does not figure in the high risk GSIB shortlist of top 30 banks. Apart from these HDFC Bank and ICICI Bank are identified by RBI as Domestic-systemically important banks (D-SIB)

The identified banks are monitored on 5 categories of parameters

2. Size : Bigger the bank size, larger is the impact of its failure on global economy.

4. Substitutability: Higher the dependence of the economy on the products and services offered by a Bank (or financial infrastructure of the bank), larger is the impact of its failure. 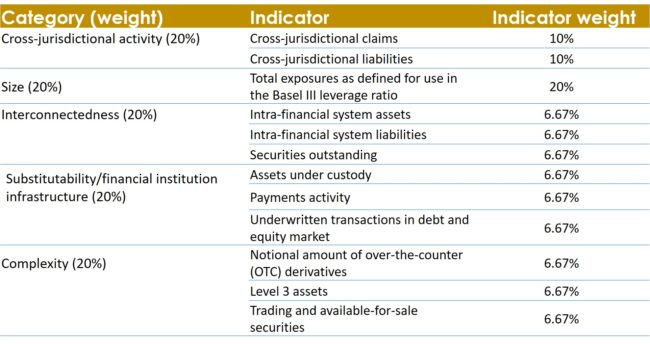 Based on the scoring on above indicators, banks are placed into 5 buckets. Bucket 5 is considered as a buffer category to include banks as the performance benchmarks rise over the years.
This bucketing determines the control measure applicable for each bank i.e., Higher Loss Absorbency requirement (Tier 1 Equity or CET as a % of Risk-Weighted Assets). These requirements are over and above the existing capital requirements under BASEL III.

The capital thresholds under BASEL norms, including those for G-SIBs are based on empirical evaluations. This primarily involves cognisance of Return on Risk weighted Assets, equity pricing (Merton’s model) and macro-economic impact. Based on the mandated information provided by these G-SIBs, these scores are revised annually .

Below table summarises the list of these banks in respective buckets and required higher loss absorbency requirements. 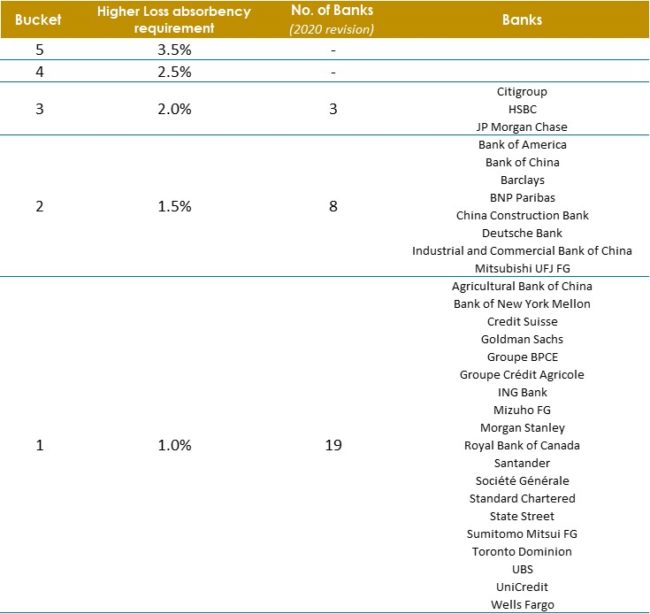 These additional capital buffer requirements were expected to be met in a graded manner between 2016-2019.

Can higher capital solve the problem?

While a link between higher capital allocation leading to better bank stability is well established, it also has its disadvantages. The most important being the reduction in available liquidity to lend and impact on bank loan pricing. This in turn may impact the growth rate of an economy. As per estimates higher capital allocations may have 0.17% to 0.19% GDP slow-down in the short to mid-term and 15 basis point increase in bank pricing.

However, the benefits in long term due to better bank stability and reduced probability of a financial crises, make the case for such measures. Hopefully, the learnings from 2008 will hold us in good stead as we prepare to factor in the impact of current pandemic.